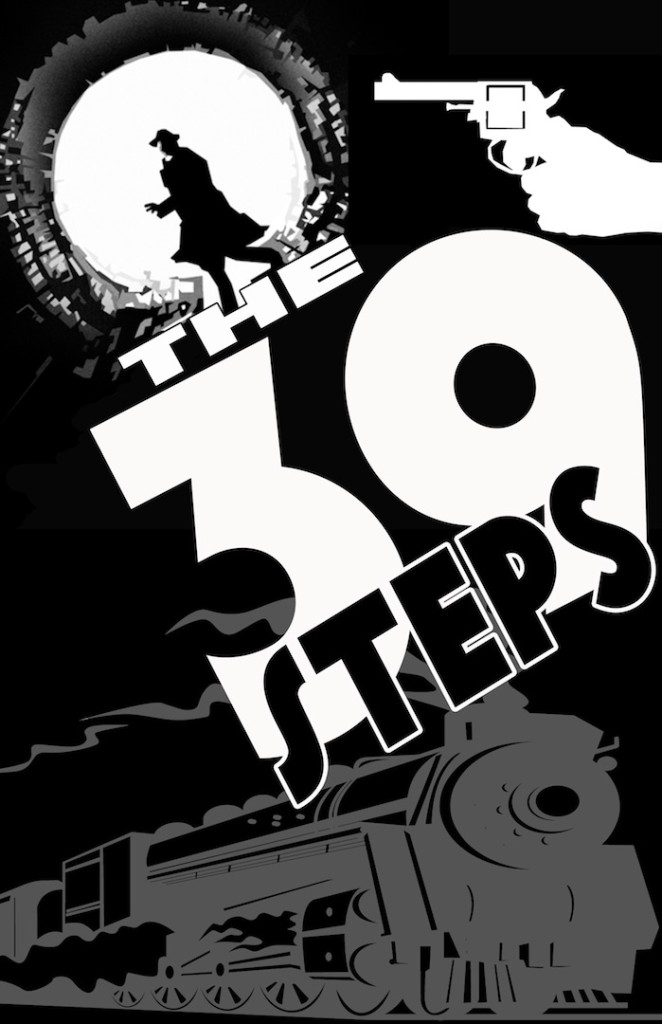 San Jacinto College Central Campus’s Department of Theatre and Film continued its season with the award-winning play, “The 39 Steps”, that ran Oct. 9 to Oct. 13 in Slocomb Auditorium.

The play is a parody of John Buchan’s 1915 novel, and Alfred Hitchcock’s 1935 film; both thrillers of the same name.  The original versions are considered classics in their respective genres, but in 2005, the story was transformed into a slapstick comedy.

The plot remains the same focusing on a man and his female counterpart as they try to stop a group of spies called The 39 Steps from stealing top-secret information. When the man stands accused of murder, the two flee the police.

The novel and film are both Thrillers, but the onstage production is saturated in comic relief.

Since the play’s debut, it has won the Lawrence Olivier Award for Best Comedy, and two Tony and Drama Desk awards.

The play was directed by Brian Hamlin who, as well as being a director, is a San Jac theatre professor, fight coordinator, and actor.

Hamlin said, “[The play] is basically done on a black stage and the actors create the scenes. The audience, sort of, buys into the illusion”.

The College’s production of the melodramatic comedy featured a set built from pieces that were all found and assembled instead of being purchased, and 20 actors playing over 130 characters.

“The play is traditionally performed by four people, the two main characters and two ‘clowns’. What I did was expand the cast to about 20,” Hamlin said.

Including auditions and rehearsals, the Theater Department members worked since August to bring the production to the stage. The cast included Jac students, as well residents from the surrounding communities. The show stars Alex Martinez, a San Jacinto freshman as main character Richard Hannay, and community resident Catherine Massoe as Pamela, his female partner.